If you are looking for a good cluttering speech example, the one below shows what it may sound like. “May”, because every clutterer talks in his own unique way. In general, however, people who clutter share (one or more) typical characteristics. Peter Kissagizlis (United Kingdom) was chair of consumer issues for the International Cluttering Association and founding member of a local support group for stuttering and cluttering. Before he passed away, he was a true advocate for cluttering. A man on a mission: helping others understand the sometimes complex speech-language disorder called cluttering. Peter also stressed the impact it can have on someone’s life: “I thought that cluttering was only a speech problem, but now I know it is really a communication problem that affects the whole person and can chart out the rest of your life.”

Before he was diagnosed with cluttering, Peter went on a quest trying to figure out why he was having such difficulty with communicating. It became an undeniably long journey in which he was misdiagnosed a couple of times. Peter has had a hard time his entire life. It was especially frustrating that people did not seem to value his contributions because they couldn’t understand him. They also didn’t understand his difficulties. That’s why, because he didn’t want people to go through what he went through himself, Peter’s aim was to spread the word about cluttering. Listen to a recording of his cluttered speech.

Also the way Joseph talks is a good example of cluttered speech (see below). Joseph: “People have always described my speech as ‘strange’. But, like many more people who clutter, I was kind of unaware of my speech impediment until I went to a speech-language pathologist. She told me about the existence of speech disorder cluttering. I was astonished, I had never heard of cluttering. When she played a speech sample that she had recorded, it was crystal clear that this was a speech impairment.”

His mother refrained from discussing his speech because she didn’t want to “make a big deal” about it. Looking back, Joseph is thankful she didn’t; at the time, there was absolutely too little knowledge on cluttering. “I probably would have received a false diagnosis or treatment”. But now times have changed and there is a lot more information on cluttering available. Joseph definitely would advise parents of young people who clutter to seek help from a specialist, or an expert by experience. Listen to a sample of his speech below:

Joseph and other people who clutter also share some personal stories about cluttering speech in a video. Have a look at what they have to say, and what insights and experiences they have gathered in their daily lives. Rutger Wilhelm, another person with cluttering, even wrote a book about this. 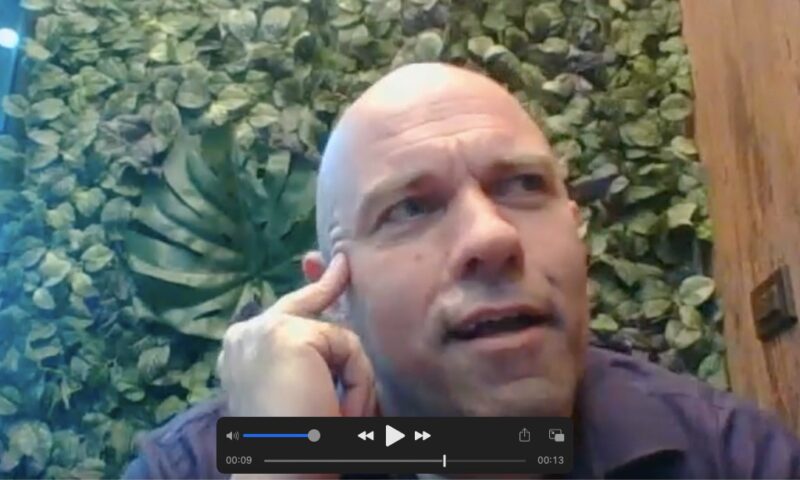 Discover the basics of cluttering:

Which symptoms are attached to it?

What types of cluttering can be distinguished?

What are the differences with stuttering?

Get your free ebook now

This website uses cookies to improve your experience while you navigate through the website. Out of these cookies, the cookies that are categorized as necessary are stored on your browser as they are essential for the working of basic functionalities of the website. We also use third-party cookies that help us analyze and understand how you use this website. These cookies will be stored in your browser only with your consent. You also have the option to opt-out of these cookies. But opting out of some of these cookies may have an effect on your browsing experience.
Necessary Always Enabled
Necessary cookies are absolutely essential for the website to function properly. This category only includes cookies that ensures basic functionalities and security features of the website. These cookies do not store any personal information.
Non-necessary
Any cookies that may not be particularly necessary for the website to function and is used specifically to collect user personal data via analytics, ads, other embedded contents are termed as non-necessary cookies. It is mandatory to procure user consent prior to running these cookies on your website.
SAVE & ACCEPT
Go to Top